Review: Finders Creepers (Half Past Peculiar, Book One) 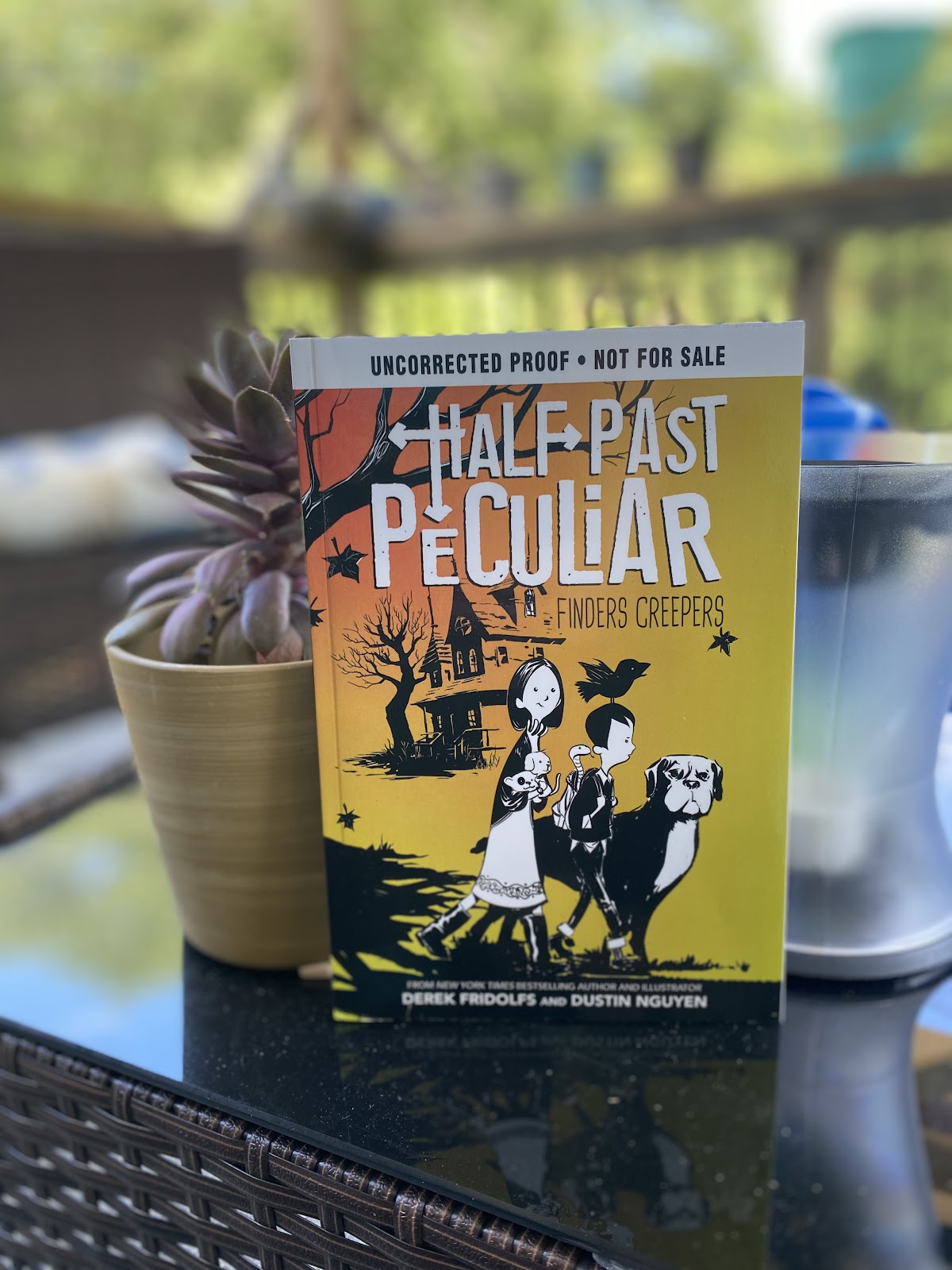 Finders Creepers (Half Past Peculiar, Book 1)

You shouldn’t judge a book by its cover...usually...but Half Past Peculiar has a beautifully creepy cover to match the mysterious tales inside of missing pets and a mysterious house owned by the Mordreds (even the name is creepy!).

Set to release on July 7, 2020, the first installment of the Scholastic Finder Keeper’s series will hook you from the jump. The story follows twins Esmerelda and Atticus Fetch who, after the dog disappeared years ago, find lost pets for their neighbors. From frogs to ferrets to dogs, Esmerelda and Atticus follow maps, information from books, and common sense pet clues to find these lost and beloved pets and return them to their anxious owners.

As the story unfolds, Illustrator Dustin Nguyen creates thrilling comics of the twins’ pet rescue adventures, all the while sacrificing their homework time to look for their own lost dog. But don’t tell their adventurous mom who is away collecting artifacts for the museum. Within the narrative, Fridolphs and Nguyen show readers letters and postcards from the twins’ mom as another example of the immersion into the story.

It seems like an easy job for the twins  to find lost pets until one mysterious lost flyer for a dog shows up in the basement and leads them to an unfriendly house with its own secret.

*I received this copy from Scholastic in exchange for an honest review.*

Email ThisBlogThis!Share to TwitterShare to FacebookShare to Pinterest
Labels: Scholastic