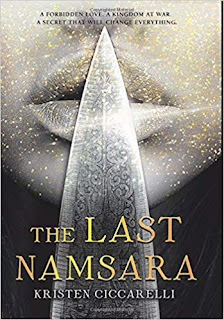 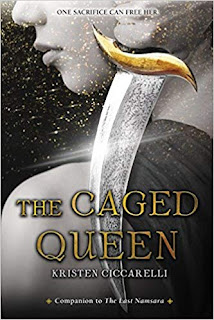 Before THE SKY WEAVER by Kristen Ciccarelli hits shelves on November 12, 2019, catch up on the first two installments in the Iskari series.

For fans of teen fantasy (and Game of Thrones) comes the Iskari series, with the first two books in the series being The Last Namsara and The Caged Queen. The series follows Asha of Firgaard (who reminds me of Daenerys Targaryen...okay that's the last Thrones reference), who has lost of her love dragons since a dragon almost killed her as a child. She believes in control and keeping everyone in the respective class. Until that becomes a problem for her and the situation she is in where she is engaged to someone she doesn't want to marry. But what would a good teen fantasy book be without conflicted love? Enter the rebel, a handsome boy of slave class who causes Asha to question everything she knows, loves, and trusts.

The Caged Queen is a lot different than the first of the series.  This book follows Dax, Asha, and Roa as we learn more about the characters introduced in the first book. Dax and Asha are siblings, and Roa married Dax so that she could help take care of her own people. There's not a lot of Asha in this book as she's on the run from the first book, but the character development for Dax and Roa is necessary to learn more about their motivations in the first book. Plus, you realize they're not so bad after all, which is important for Asha as well and what holds her fate. Both books promote strong female characters who come to realizations that change their lives forever.