Review: Be the One: Six True Stories of Teens Overcoming Hardship with Hope 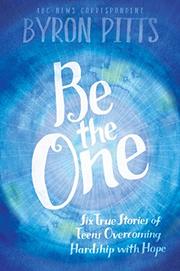 Be the One by Byron Pitts


Emmy Award–winning ABC News chief national correspondent and Nightline coanchor, Byron Pitts shares the heartbreaking and inspiring stories of six young people who overcame impossible circumstances with extraordinary perseverance.Abuse.Bullying.War.Drug Addiction.Mental Illness.Violence.None of these should be realities for anyone, much less a young person. But for some it is the only reality they have ever known. In these dark circumstances, six teens needed someone to “be the one” for them—the hero to help them back into the light. For Tania, Mason, Pappy, Michaela, Ryan, and Tyton, that hero was themselves. Through stirring interviews and his award-winning storytelling, Byron Pitts brings the struggles and triumphs of these everyday heroes to teens just like them, encouraging all of us to be the source of inspiration in our own lives and to appreciate the lives of others around us.
Hit the jump for more! 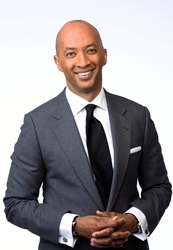 Byron Pitts is a multiple Emmy Award–winning journalist known for his thoughtful storytelling, on-the-ground reporting, and in-depth interviews. A news veteran with over thirty years of experience, Mr. Pitts has traveled around the world to cover some of the biggest news stories of our time including the Florida presidential recount, the tsunami in Indonesia, the refugee crisis in Kosovo, and the Boston marathon bombing investigation. He joined ABC News in April 2013 as anchor and Chief National Correspondent covering national news stories and in-depth features for all broadcasts and platforms including Good Morning America, World News with Diane Sawyer, Nightline, This Week, 20/20, and ABCNews.com, and was named ABC News Nightline coanchor in 2014. Prior to joining ABC News, Mr. Pitts spent fifteen years at CBS News where he served as Chief National Correspondent for The CBS Evening News, filed regularly for 60 Minutes, and won an Emmy for his coverage of the 9/11 terrorist attacks. He was named the National Association of Black Journalists Journalist of the Year in 2002. His 2009 memoir, Step Out on Nothing: How Faith and Family Helped Me Conquer Life’s Challenges chronicled his journey overcoming illiteracy and a stutter to become a journalist. Mr. Pitts is a native of Baltimore, Maryland, and currently lives in New York City.

Teens today face a variety of hardships, compounded even more by social media and technology in general. Body shaming, bullying, mental illness, and abuse are just some of the trials and tribulations teens must face. Often they feel as though they must face these challenges alone, but such is not the case, and this book sheds light on those heroes that help teens face and conquer some of the worst case scenarios in their lives.

Journalist and news anchor Byron Pitts chronicles the stories of six teens as they tell their stories of violence, grief, etc. Pitts highlights heroes in these teens' lives and provides hope to other teens who may be facing similar situations.

Tania tells her horror stories of sexual abuse in the foster care system.
Mason overcomes obesity and the bullying that preceded.
Pappy escaped life as a child soldier.
Michaela was forced to become an adult as she had to fight her parents' drug and domestic abuse.
Ryan's parents suffered from severe mental illness.
Tyton's mother was killed by a drunk driver and faces extreme grief.

These are the six true stories from teens who found a way to make a positive outcome from horrifying and debilitating situations. Pitts' relationship with the six teens is obvious through the careful and deliberate detailing of each teen's life. Sometimes teens are forced to be the ones to save their own lives, but there are heroes out there as well who can step in and be a positive force for change. Positivity and optimism carry each chapter as Pitts reaches out to teen readers.