Review: The Go-Between by Veronica Chambers 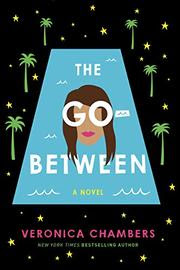 The Go-Between by Veronica Chambers

This hilarious, honest, and realistic coming-of-age novel set in mega wealthy Mexico City as well as Hollywood, skewers perceived racial stereotypes as well as highlights how the immigrant experience unites those who share the American dream. Through her Afro-Latina heritage, Veronica Chambers brings her own experiences, in fictional form, to these issues while dealing with them in an authentic voice.
With humor and humanity, Veronica Chambers offers a universally appealing coming-of-age novel that poses complex questions of identity and assimilation every immigrant must wrestle with: Who were we back there? Who are we here? Who does everyone think we are here? And how do we meld all those selves together into a new life?
Hit the jump for more! 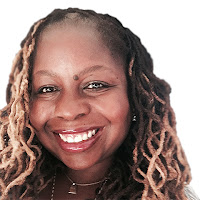 VERONICA CHAMBERS is a prolific author, best known for her critically acclaimed memoir, Mama's Girl. She also most recently editedThe Meaning of Michelle, an anthology about Michelle Obama. She has written more than a dozen books for young readers, including Plus and the Amigas series, and has co-written New York Times bestselling adult memoirs with Robin Roberts, Eric Ripert, Michael Strahan, and Marcus Samuelsson. She was co-writer as well on Samuelsson's young adult memoir, Make It Messy. Veronica lives with her husband and daughter in Hoboken, New Jersey. Visit her online at veronicachambers.com and follow her on Twitter at @vvchambers.

If we need anything represented well in the world right now, it's diversity, and Chambers delivers once again. Los Angeles schools are known (or maybe stereotyped) for their luxuries, or at least their luxe student population. For Camilla, she doesn't have to leave Mexico City to get a feel for the Hollywood lifestyle. Camilla's mother, Carolina, is a very popular telenovela actress, and her father, Reinaldo, is a voice-over speaker for Hollywood movies. But Camilla desires a little more out of life, and her mother's new acting job in California helps her achieve just that.

Camilla makes a few new friends at her new academy school, but it's not long before people think she's there as a low-income student, not as the well-known daughter of Carolina and Reinaldo. It seems Cammi has left her popular identity in Mexico City. In LA, Cammi becomes friends with Rooney who is the school chef, and it's Rooney's two friends who believe Cammi is of a lower class. So Cammi has to make a decision: does she tell her classmates who she really is, or does she pretend to be something she's not?

What I loved most about this book was the exploration of cultures, both Hispanic and American, that both live within Camilla. Her struggle with her identity leads to a great conversation about how schools, and especially students, look and treat minorities and low-income students. This is a topic not often explored but one that deserves the attention. Kudos to Chambers for presenting it to young adults.