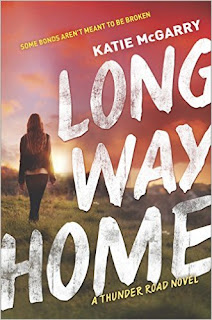 Seventeen-year-old Violet has always been expected to sit back and let the boys do all the saving It's the code her father, a member of the Reign of Terror motorcycle club, raised her to live by. Yet when her dad is killed carrying out Terror business, Violet knows it's up to her to do the saving. To protect herself, and her vulnerable younger brother, she needs to cut all ties with the club—including Chevy, the boy she's known and loved her whole life. But when a rival club comes after Violet, exposing old secrets and making new threats, she's forced to question what she thought she knew about her father and the Reign of Terror and what she thinks she wants. Which means reevaluating everything: love, family, friends…and forgiveness. Caught in the crosshairs between loyalty and freedom, Violet must decide whether old friends can be trusted—and if she's strong enough to be the one person to save them all.
Hit the jump for more! 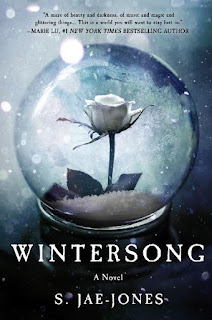 “This is an exquisitely and lyrically crafted tale of longing, sibling loyalty, and the importance of women in a time when women were so often overlooked. Eerie, unsettling, and, above all, full of music.” —Booklist, STARRED review

“A maze of beauty and darkness, of music and magic and glittering things, all tied together with exquisite writing. This is a world you will want to stay lost in.”—Marie Lu, #1 New York Times bestselling author
Wintersong by S. Jae-Jones

Already one of the most anticipated young adult debuts of 2017, WINTERSONG (Thomas Dunne Books; February 7, 2017) is an enrapturing journey through a 19th century fairytale. A talented debut by S. Jae-Jones, WINTERSONG was inspired by the film Labyrinth and spun together on the threads of song, in a time when young upstart composers like Beethoven were forever altering the sound of music. A story about sisterly devotion and coming of age, Liesl and the Goblin King come alive within the depths of this masterful composition.

All her life, nineteen-year-old Liesl has heard tales of the beautiful, mysterious Goblin King. He is the Lord of Mischief, the Ruler Underground, and the muse around which her music is composed. Yet, as Liesl helps shoulder the burden of running her family’s inn, her dreams of composition and childish fancies about the Goblin King must be set aside in favor of more practical concerns.

But when her sister Käthe is taken by the goblins, Liesl journeys to their realm to rescue her
sister and return her to the world above. Down in the Underground, Liesl discovers that the
Goblin King still inspires her—musically, physically, emotionally. Yet even as her talent
blossoms, Liesl faces an impossible choice. As she grows closer to the Goblin King, both of them must learn just what it is they are each willing to sacrifice: her life, her music, or the end of the world.

With an enchanting winterized cover, WINTERSONG will keep readers cozy while experiencing a chilling adventure like no other. S. Jae-Jones’ richly imagined debut spins a spellbinding tale of music, love, sisterhood, and a young woman’s search for self-actualization.
Hit the jump for an exclusive excerpt!