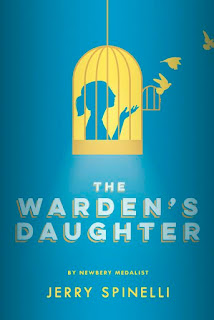 “[A] poignant, coming-of- age story. . . . Spinelli again shows his mastery at evoking a particular time and place while delving into the heart of a troubled adolescent.”—Publishers Weekly

"The prison community is a powerful backdrop for Cammie’s turbulent coming of age, populated with messy lives that brighten in Cammie’s presence but that have their own demons to tame."—The Bulletin

Jerry Spinelli, one of the biggest names in children’s literature, offers readers a unique and unforgettable story in THE WARDEN’S DAUGHTER (Knopf Books for Young Readers / on sale January 3, 2017), a novel about a preteen girl finally coming to grips with the pain of losing her mother years earlier. THIS is the must-read book of 2017, and it will haunt your heart and mind long after you have read the final page.

Cammie O’Reilly is the warden’s daughter, living in an apartment above the entrance to the Hancock County Prison. But she’s also living in a prison of grief and anger over the mother who died saving her from harm when she was just a baby. And in the summer of 1959, as twelve turns to thirteen, everything in Cammie’s life seems to be in flux. Cammie’s best friend, Reggie, is discovering lipstick and American Bandstand. A child killer is caught and brought to her prison. And the only mother figures in her life include a flamboyant shoplifter named Boo Boo and a sullen reformed arsonist of a housekeeper named Eloda. All will play a role in Cammie’s coming-of-age. But one in particular will make a staggering sacrifice to ensure that Cammie breaks free from her past.
The New York Times has called Spinelli “a poet of the prepubescent. . . . No writer guides his young characters, and his readers, past these pitfalls and challenges and toward their futures with more compassion.” In THE WARDEN’S DAUGHTER, he masterfully spins a tale of loss, redemption, and love like no other. Not only does this book demonstrate the power of kindness, but it also makes readers realize that kindness can be hidden in the least likely people and places.


JERRY SPINELLI is the author of many books for young readers, including Stargirl; Love, Stargirl; Milkweed; Crash; Hokey Pokey; Wringer; and Maniac Magee, winner of the Newbery Medal; along with Knots in My Yo-yo String, his autobiography. A graduate of Gettysburg College, he lives in Pennsylvania with his wife, poet and author Eileen Spinelli. You can follow Jerry on Twitter at @JerrySpinelli1 and visit his website at JerrySpinelli.com 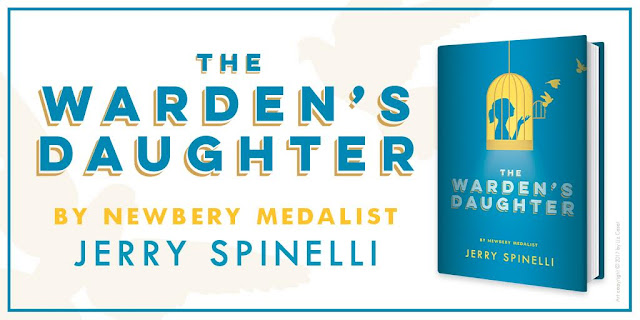