“This engaging story will appeal to all readers and will help troubled teens realize that there can be help out there for what’s going on in their lives.”– School Library Connection

“A stirring close-up of a family haunted by emotional trauma.”– Kirkus

Forced to return to his estranged family, John discovers how hard it is to truly go home.
It’s been a year since John lost his girlfriend, Leah, to suicide. Living with his uncle keeps his mind from the tragedy and his screwed up family—until he gets into trouble and a judge sends him back home. With a neglectful mother and abusive brother, John’s homecoming is far from happy.

As he tries to navigate and repair the relationships he abandoned years ago, Emily, the girl next door, is the only bright spot. She’s sweet and smart and makes him think his heart may finally be healing. But tragedy isn’t far away, and John must soon face an impossible decision: save his family or save himself. 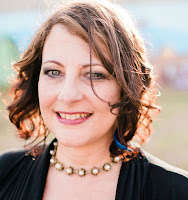 Stacie Ramey attended the University of Florida where she majored in communication sciences and Penn State where she received a Master of Science degree in speech pathology. She lives in Wellington, Florida, with her husband, three children, and two rescue dogs. Visit www.stacieramey.com.


Hit the Jump for an Exclusive Excerpt