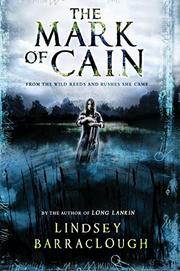 "Literary, scary, and made to read with all the lights on."--Kirkus Reviews

The Mark of Cain by Lindsey Barraclough

“Cora, Mimi, and Roger are back—back at Bryers Guerdon and in for another dose of mysterious, creeping horror in Barraclough’s follow-up to Long Lankin (2012).

Four years after the defeat of the centuries-old monster Cain Lankin, Cora and Mimi’s dad has finally gotten them their inheritance: Auntie Ida’s ramshackle mansion, their ancestral home. He’s moved the girls and his girlfriend in before taking off back to what seems to be a life of petty crime. But nearly 400 years earlier, the witch Aphra Rushes cursed the Guerdons, and the return of the girls, the last of the family line, has awakened her malevolent spirit. Barraclough’s writing crackles with tension, horror eked out amid dozens of period details vividly evoking rural 1960s England. Cora, now 15, is again the main character, sharing first-person narration with Aphra’s spirit (whose back story fills the first 70 pages) and still-stalwart Roger. A true sequel, written for the already initiated, this never truly recaps the first volume but instead builds on it, even acknowledging the way the experience with Cain Lankin changed the children, particularly Mimi and Pete, Roger’s nightmare-plagued brother. Convenient adults with stores of mystical knowledge and some inconsistencies of pacing can’t detract from the creeping need to stay up all night hoping for a happy end.
Literary, scary, and made to read with all the lights on.” 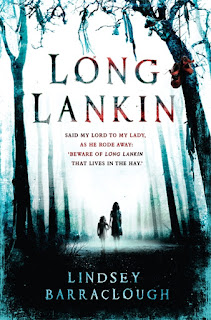 When Cora and her younger sister, Mimi, are sent to stay with their elderly aunt in the isolated village of Byers Guerdon, they receive a less-than-warm welcome. Auntie Ida is eccentric and rigid, and the girls are desperate to go back to London. But what they don’t know is that their aunt’s life was devastated the last time two young sisters were at Guerdon Hall, and she is determined to protect her nieces from an evil that has lain hidden for years. Along with Roger and Peter, two village boys, Cora must uncover the horrifying truth that has held Bryers Guerdon in its dark grip for centuries — before it’s too late for little Mimi. Riveting and intensely atmospheric, this stunning debut will hold readers in its spell long after the last page is turned.
In an exquisitely chilling debut novel, four children unravel the mystery of a family curse — and a ghostly creature known in folklore as Long Lankin.