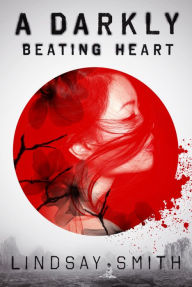 A troubled girl confronts her personal demons in this time-travel thriller alternating between present day and 19th century Japan.

No one knows how to handle Reiko. She is full of hatred; all she can think about is how to best hurt herself and those people closest to her. After a failed suicide attempt at her home in Seattle, Reiko's parents send her to spend the summer with family in Japan, hoping she will learn to control her emotions. But while visiting Kuramagi, a historic village preserved to reflect the nineteenth-century Edo period, Reiko finds herself slipping backward in time into the nineteenth-century life of Miyu, a young woman even more vengeful than Reiko herself. Reiko loves escaping into Miyu's life . . . until she discovers Kuramagi's dark secret and must face down Miyu's demons as well as her own.

Wild aspirations aside, Jo’s life seems perfect until tragedy strikes: her father is found dead. The story is that Charles Montfort shot himself while cleaning his revolver, but the more Jo hears about her father’s death, the more something feels wrong. And then she meets Eddie—a young, smart, infuriatingly handsome reporter at her father’s newspaper—and it becomes all too clear how much she stands to lose if she keeps searching for the truth. But now it might be too late to stop. The past never stays buried forever. Life is dirtier than Jo Montfort could ever have imagined, and this time the truth is the dirtiest part of all.
IndieboundAmazonBarnes & NobleChaptersThe Book Depository

10/10/2016Seattle teen Reiko is “mastering a path of hatred” in order to exact revenge for the betrayal, abuse, and humiliation she has suffered at the hands of those closest to her. She travels to Japan before college to live with her uncle’s family in Tokyo, where she finds another target: her self-absorbed, fame-seeking cousin, Akiko. While unhappily photographing Akiko during a shoot in a small town, Reiko finds a stone that transports her from present-day Japan into the life of an Edo-period girl named Miyu. Though Reiko loves escaping into Miyu’s world at first, she eventually uncovers—and must foil—Miyu’s own plan for vengeance. Smith’s (Dreamstrider) detailed descriptions of Japanese culture and the time travel element are the highlights of this novel. Reiko and Miyu come across as angry caricatures; Smith slowly and cryptically teases out their traumatic pasts, making it difficult to empathize with either of them. Beyond the “why,” Smith also does little to elaborate on the “how” of Reiko’s plot, and the conclusion is too neatly and unrealistically resolved given Reiko’s previous mental state. Ages 12–up. Agent: Ammi-Joan Paquette, Erin Murphy Literary. (Oct.)