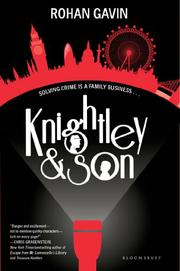 The once highly in-demand detective Alan Knightley has just woken up after an unexplained incident kept him asleep for four years. While he was out cold, his son, Darkus, took it upon himself to read of all his dad's old cases, and he's learned a lotabout the art of detection. It's a good thing too—because suddenly the duo find themselves caught up in a crazy conspiracy that involves a group of villainous masterminds (who keep appearing and then vanishing), some high-speed car chases (that will have everyone fastening their seat belts), and a national, bestselling book with the power to make people do terrible, terrible things. But because Alan is still suffering the effects of his coma, he tends to, well, fall asleep at the worst possible moments, Meaning that young Darkus might just have to solve this mystery . . . by himself.

Gavin has created a wonderfully mysterious novel, more for the younger reader or tween than the sixteen-eighteen range. Darkus is a creative name for an intriguing main character who you will miss when the book ends. Luckily this is book one of a new series. Following the case files of his father, Alan (who is in a coma), Darkus must continue his father's legacy. A Sherlock Holmes or Doctor Who for the younger crowd, this book is full of wit within a promising first volume. 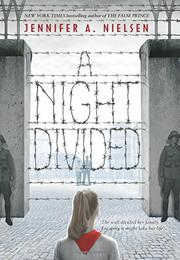 From New York Times bestselling author Jennifer A. Nielsen comes a stunning thriller about a girl who must escape to freedom after the Berlin Wall divides her family between east and west.With the rise of the Berlin Wall, twelve-year-old Gerta finds her family divided overnight. She, her mother, and her brother Fritz live on the eastern side, controlled by the Soviets. Her father and middle brother, who had gone west in search of work, cannot return home. Gerta knows it is dangerous to watch the wall, to think forbidden thoughts of freedom, yet she can't help herself. She sees the East German soldiers with their guns trained on their own citizens; she, her family, her neighbors and friends are prisoners in their own city.But one day, while on her way to school, Gerta spots her father on a viewing platform on the western side, pantomiming a peculiar dance. Then, when she receives a mysterious drawing, Gerta puts two and two together and concludes that her father wants Gerta and Fritz to tunnel beneath the wall, out of East Berlin. However, if they are caught, the consequences will be deadly. No one can be trusted. Will Gerta and her family find their way to freedom?


Anytime young readers can be exposed to a little bit of history is a good thing. After seeing Bridge of Spies, I became really interested in the historical context of the Berlin Wall, and this book helped me understand what it would be like for a child to be separated from her family, to be on the other side of the Wall and desperately trying to find her way back.  There are a few moments that hinder the plot, but overall, the historical aspects are sound, and the fictional portrayal of struggle and family is both exciting and heartbreaking. 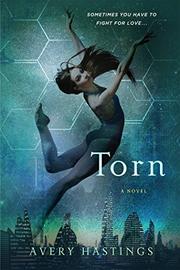 In an America split into the genetically superior and inferior, a fiercely ambitious ballerina and a boy from the wrong side of the tracks must stop a deadly virus that is spreading quickly.
Determined to escape from TOR-N, a corrupt Narxis research center, Davis meets another recovered patient, Mercer, whose sweet smile and quirky sense of humor give her hope in humanity again—and a way out. As they make a perilous journey seeking clues that could lead to a cure, Davis and Mercer's friendship begins to evolve into something more... but she's still struggling to let go of her feelings for Cole, whom she believes is dead.

Meanwhile, Cole has plans to change his identity in order to compete in the Olympiads—where Imps have now been invited to compete against Priors. He begins training with Mari, the intense and rebellious daughter of a retired fighter, but through trials and tests that are both exhausting and exhilarating, he finds himself in over his head—literally.

Will both Davis and Cole have the strength to resist temptation? Will they have the courage to face the answers they're seeking? Will their love survive across the divide?


I remember reading the first book in this series, Feuds, in 2014 and being really surprised that I liked it as much as I did. The main character being a ballerina didn't seem to be my cup of tea, but I really enjoyed it, and I was happy to see the sequel finally come out last year. While there are the typical YA tropes (love triangle, trials and challenges, etc), the unique elements make the book a fun read. It still bothers me that the last name is Prior because no matter how hard I try, I think about Beatrice Prior. The theme of inequality is important for young readers, and the conception of genetic superiority, while not a new concept, is complex enough to make readers think.
at January 09, 2016