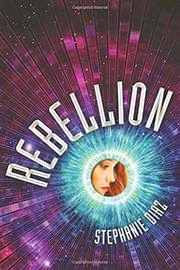 Volume two in the "Extraction" series finds Clementine alive after seven days of being in hiding. Safe with rebels after Commander Charlie attempted to eliminate everyone on the planet, Clementine is still not out of the woods as the Commander promises to enact revenge.

Despite her trauma, Clementine is chosen to infiltrate the underground bunker where the remaining people have gone into hiding. Once there, Clementine must convince them to rebel against the Commander. Of course that isn't as easy as it sounds as she is easily recognized by those she once fought beside.

Much like the Divergent series, the remaining population has been given a serum that renders them subservient. Threatened with a similar fate for Logan, Clementine must decide who to save. Like most of the YA dystopias out there, Rebellion follows suit with its cliches and predicable plot.

The characters are familiar, as far as being stereotypical, and even though I thought Extraction was OK, I was hoping the follow up would build and take the plot somewhere else. Not the case here. I knew the ending about halfway through and trudged along until it actually happened. There is a third book in the series coming out, though I'm not sure where the action will lead.

If you like science fiction, futuristic romances, you'll find a home here, and you probably won't be disappointed. Having read so much YA dystopia in the last ten years, the plots are getting to be old hat.