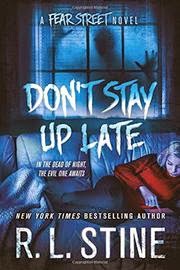 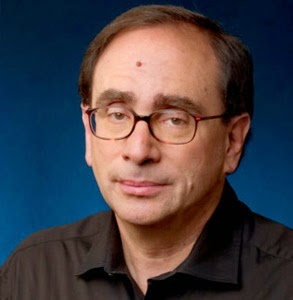 Born in 1943, R.L. Stine started out writing jokes and funny stories. He moved to New York City in the mid-1960s, after graduating from The Ohio State University. In 1986, Stine published Blind Date, his first horror novel for young adults. He launched his popular Fear Street book series three years later. Beginning in 1992, Stine found international acclaim writing the Goosebumpsseries, which spurred the creation of additional series and nearly 200 books. Check out his awesomely creepy website here.

It's been twenty years since I started reading the Fear Street series, and even though I'm not thirteen anymore, the Fear Street books are still my favorite horror series. I remember going to my town's library, and though the selection was quite limited, they always carried the Fear Street series. I would check out five at time because I knew once I settled in to one book, I would finish it in an hour or two. The only ones my mom would never let me check out were the ones about Christmas. I guess the idea of an even Santa was just not one she wanted her only daughter exposed to. To this day, I still haven't read those. Even though today's generation is so different from the 90s (take the movie Unfriended, for example), R.L. Stine has not changed his style, and the Fear Street series is still as horrifying as ever.

Lisa Brooks is new to Shadyside, and she's recovering from a tragic car accident that claimed her father's life and left her with frightening and realistic hallucinations. Despite these complications, Lisa quickly makes friends and begins a new relationship, and she's just starting to settle in and cope with the accident. Her therapist even suggests a babysitting job for an adorable kid named Harry. But like any R.L. Stine novel, there's more than meets the eye. Harry's mother has one rule for Lisa: do not let Harry stay up late. Soon mysterious and gruesome murders begin happening on Fear Street, and Lisa wonders if she's imagining the monster she sees in Harry's house, or if there really is a killer who is close to her.

Being twenty years older, I can say that I take these books with a grain of salt. I didn't sleep with the night light when I finished the book, but I still 100% enjoyed the heck out of it. I read the book quickly because Stine's excellence comes in his clever cliffhangers at the end of every chapter. Just when I thought I could stop for a break, I had to know what was going to happen next, just like I did so long ago.

The teen characters are not well-developed, though they don't need to be for this series. You learn just enough to keep you invested until the end. Some of the characterizations are lackluster, such as the monster itself, but the basic premise of the Fear Street series is intact. Lisa is a credible character with "issues" which pushes the plot forward, and her relationship with Harry is endearing. I would have enjoyed seeing the book from his perspective, but perhaps that's more in the Goosebumps realm.

Regardless of the little eccentricities, Fear Street is still alive and well. Really, the series hasn't changed at all; I'm just a little more mature. Even at thirty-one, I was so excited to see this one on my doorstep.