Before My Eyes by Caroline Bock 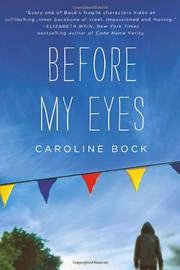 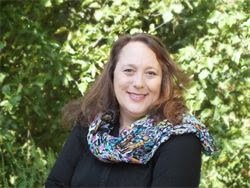 "I recently moved to Maryland after living my entire life in New York, including many years in Long Island, where my debut novel, LIE, and my new novel, BEFORE MY EYES, are set. Prior to focusing on my writing, I led the marketing and public relations departments at Bravo, IFC cable networks and IFC Films. Notably, I was part of the executive team that launched IFC. I am a graduate of Syracuse University where I had the distinct honor of studying creative writing with Raymond Carver and poetry with Tess Gallagher and Jack Gilbert. In 2011, I received my MFA in Fiction with honors from The City College of New York. Going back to the beginning: I was born in the Bronx, and brought up in New Rochelle, New York by a remarkable father who raised four children alone after my mother suffered a stroke when I was four-and-a-half years old. I've always loved to read more than anything, and that's how it all started."

From the beginning, the outcome of this novel is set, but that's not what is most important. Seeing a sneak peak into the minds of the three main characters, the outcome becomes a backdrop for the unveiling of the lives of three young people: Claire, Max, and Barkley.


Seventeen year old Claire is responsible for taking care of her sister while their mother recovers from a stroke. Needing a distraction, Claire turns to the Internet and instantly crushes on a guy named Brent.

Seventeen year old Max is the state senator's son, and his parents' lack of attention to him personally forces Max to turn to pain killers. Once Claire meets Max, she quickly becomes confused between her feelings for Brent and those budding for the broken Max.

Barkley, twenty-one, and perhaps the most important character, is struggling with mental illness, specifically schizophrenia, and what a voice tells him to do change the lives of all three characters instantaneously.

Bock illustrates to young readers, especially those struggling with parental issues or mental illness, that there are nonviolent ways to seek help. Through her poignant use of triple first person narration, Bock allows readers to see three very important points of view, and even with knowing how the book will end, the journey to those last few pages is met with spellbinding celerity.
at April 07, 2015