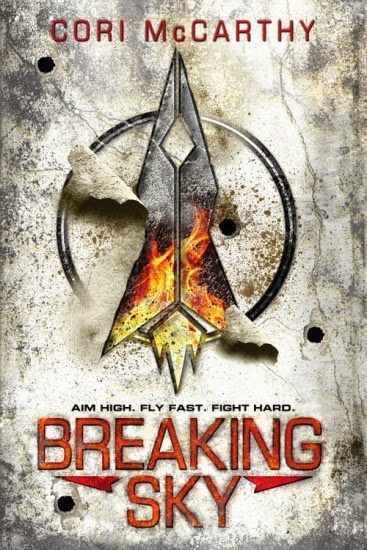 
In this high-flying, adrenaline-fueled thriller, America’s best hope is the elite teen fighter pilots of the United Star Academy.
“The author's storytelling is incredibly cinematic, equally adept at capturing extended flight sequences and Chase's interpersonal struggles. Emotions run high toward the novel's end, and the author isn't afraid to play a bit rough, making this feel less like a novel capitalizing on current trends and more like a great story being told in a very cool way. Smart, exciting, confident—and quite possibly the next Big Thing.” – Kirkus Reviews
Fly to the last drop of fuel. Fight to the last drop of blood.
Showoff. Reckless. Maverick. Chase Harcourt, call sign “Nyx”, isn’t one to play it safe. In the year 2048, America is locked in a cold war – and the country’s best hope is the elite teen fighter pilots of the United Star Academy. Chase is one of only two daredevil pilots chosen to fly an experimental “Streaker” jet. But few know the pain and loneliness of her past. All anyone cares about is that Chase aces the upcoming Streaker trials, proving the prototype jet can knock the enemy out of the sky.
But as the world tilts toward war, Chase cracks open a military secret. There’s a third Streaker, whose young hotshot pilot, Tristan, can match her on the ground and in the clouds. And Chase doesn’t play well with others. But to save her country, she may just have to put her life in the hands of the competition.
Cori McCarthy’s taut, romantic, action adventure will shoot your pulse straight into overdrive with her brilliantly imagined and frighteningly possible future.