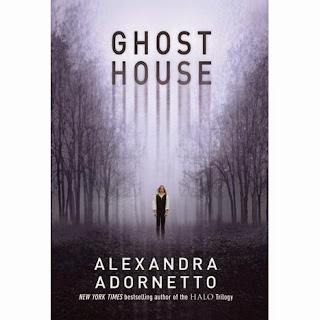 Imagine being a teenager and suddenly losing your mother. Imagine your ability to see ghosts as a child suddenly returns after your mother's death. This is Chloe's new life, and in order to adjust, she must move to England with her brother and grandmother. There, Chloe meets a mysterious, handsome guy, but there's definitely more to him than meets the eye.

Upon arrival at Grange Estate, Chloe feels the presence of hundreds of years of history. While her brother easily acclimates to the new, eerie environment, Chloe is resistant to change and concerned about her ability.

She soon befriends Alexander Reade, a handsome ghost who has been dead for over 150 years. Despite the overwhelming age difference, Chloe feels comfortable talking to Alex about her problems, specifically of seeing ghosts and dealing with her mom's death. Alex is suave and concerned, the perfect guy, and with every "too-good-to-be-true" situation, Alex has an ex, Isobel.

Isobel first appears as an apparition appearing from the wardrobe in Chloe's bedroom, covered with mud and absolutely terrifying. Once Alex realizes Isobel is haunting Chloe, he tells her the story of their sordid relationship and their subsequent breakup. Isobel's jealous rage is containable until she reaches out to harm those Chloe's cares about.

There's also another guy in Chloe's life, Joe, who works at her grandmother's stables. He, too, is handsome and sweet and seems genuinely interested in Chloe. Alive, Joe presents a more viable option for Chloe's dating life, but the connection she's made with Alex is overpowering.

Adornetto's book is suspenseful enough to continue reading through some of the sections where the books seems too much like a horror movie meets Twilight. Plus, you have to find out what happens to Alex, or Alex's ghost.