NEW Into the Woods Images--Johnny Depp's Wolf Looks Like the Mad Hatter, no?

Entertainment Weekly has revealed some new images from Rob Marshall's Into the Woods. With an already star-studded cast, the musical promises to be one of the biggest films to close out 2014. When I first saw the trailer in theaters, I thought it was odd that only Johnny Depp's hand was shown; however, I can admit that I wasn't too intrigued as Depp has recently played too many zany characters. He used to be one my favorite actors (beginning with A Nightmare on Elm Street), but he has become too entranced in being the oddball that I'm afraid he's forgotten his true self. He is simply becoming one of Tim Burton's outlandish characters in every role he chooses. But I digress. Here are some of Entertainment Weekly's newly released photos of the film. 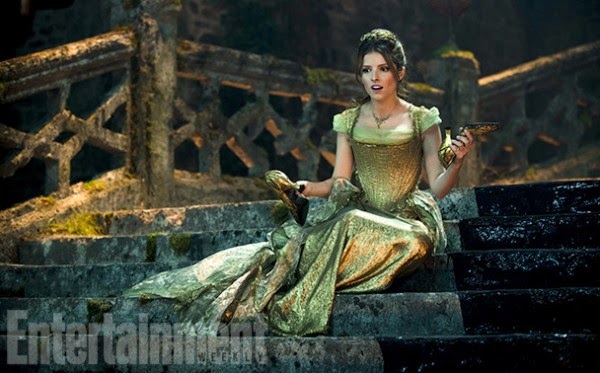 Perhaps the actress I'm most excited about (besides Meryl Streep, of course), Anna Kendrick amazed audiences with her musical talent in Pitch Perfect and will portray Cinderella. 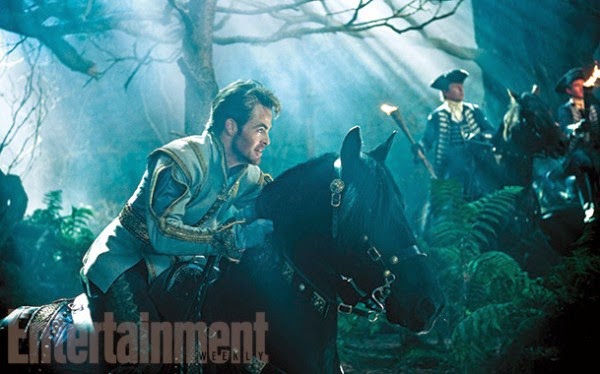 Most recently known as portraying Kirk in the revamped Star Trek series, Chris Pine is Prince Charming, poofy, overdone hair and all. 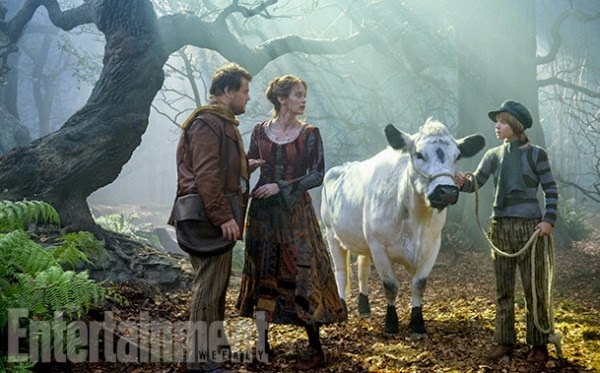 From the competitive and sassy assistant in The Devil Wears Prada butt-kicking heroine in Edge of Tomorrow, Emily Blunt's versatility will shine as the Baker's wife, opposite James Corden's Baker.

With such talent, one would not think anything could go wrong in this musical...but I've been wrong before: Glitter (not even sure this counts), Rent, Mamma Mia!, Rock of Ages....I'll just stop there.
at October 22, 2014