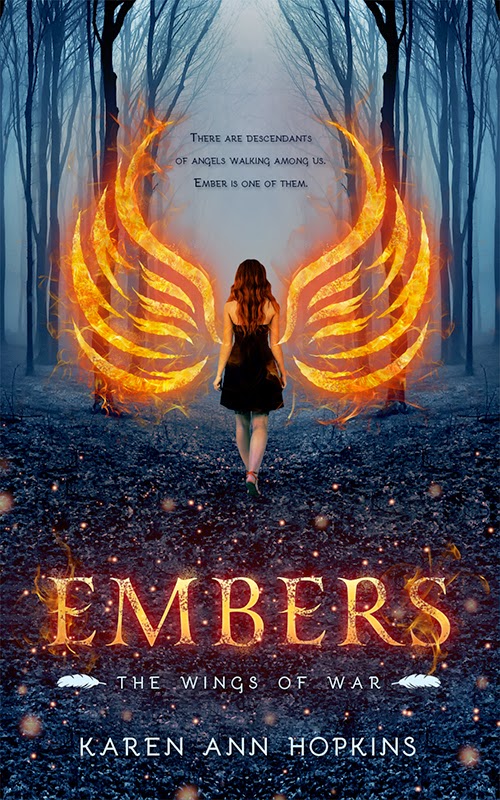 There are descendants of angels walking among us. Ember is one of them. And she may be the only hope mankind has as the rapture approaches and evil rises.
Embers is an epic paranormal adventure about an eighteen year old girl who discovers that she's immune to fire and any other injury when she’s in a horrific car crash that kills her parents. Following a violent episode with her aunt's boyfriend, Ember flees Ohio to live with an old relative in the Smoky Mountains of Tennessee. Ember's exuberance at escaping a bad home life soon turns to trepidation when she finds out that she's a Watcher, a descendant of angels. While Ember learns about her heritage and the powers that go along with it, she strikes up friendships with two young men who live in a frightening walled compound in the forest. Inexplicitly drawn to one of the men in particular, an impossible romance develops. But it is cut short when Ember discovers that her new friends are fighting on the opposite side of a war—one that’s been raging between two factions of Watchers for thousands of years. When the compound’s inhabitants threaten the townspeople, Ember takes action, sealing her fate in the ancient battle of good versus evil—and the grayness in between. Ember is up to the challenge, until she realizes that she isn’t only fighting for the lives of the locals and the souls of her new friends. She also might be one of the few champions who will make a stand for all of mankind as the rapture approaches and the end of days begin.
Embers is a dark and gritty YA novel that’s the first book in the series, The Wings of War.