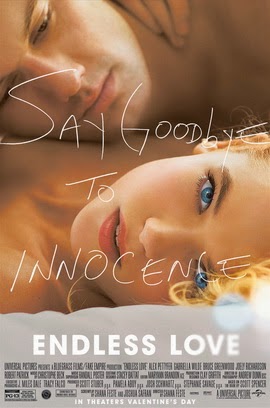 Endless Love was released on February 14th of this year and is the remake of the 1981 film starring Brooke Shields and Martin Hewitt, which is an adaptation of the novel written by Scott Spencer. I skipped it in theaters mainly due to avoiding the stereotype of seeing a romantic movie on Valentine’s Day but also due to being snowed in (yes, we do occasionally get snowed in here in South Carolina).

Finally, I made my way into my local Family Video and decided to take the deal to rent three movies, and get one free (which the dude forgot to give me but promised one on my next visit). I left with two YA possibilities: Endless Love and Vampire Academy, neither of which I’m that excited about but intrigued enough to spend $1.79 each for five nights. I also left with The Secret Life of Walter Mitty (which holds promise for my classroom) and Devil’s Knot (hey, I like Reese Witherspoon).

The remake radically departs from the book and the original film (which departed in its own way), instead providing V-Day movie goers a lot of cheese for their popcorn. That being said, none of the three plots are particularly original: rich girl/boy falls in love with non-rich girl/boy without the approval of the father.

The movie opens on graduation day for Jade Butterfield (Gabriella Wilde), an awkwardly beautiful blond. The opening monologue explains that Jade lost her brother Chris (to cancer) and has been reclusive since his death. Instead of being social, she stays home with her parents or reads, neither of which are terrible qualities but have ensured her loss of teenage shenanigans.

Quickly, we meet David Elliot (Alex Pettyfer) who is seen by his friend Mace (Dayo Okeniyi) pining after Jade. It’s not long before we realize that David is simply out of Jade’s league; she is the rich girl bound for Brown, and he gets by working with Mace as a valet. In fact, it is while working that he has his first conversation with Jade where she later invites David and Mace to her graduation party.

For the next thirty minutes, we see Jade and David fall in love, much to the hackneyed disapproval of her overbearing father Hugh (Bruce Greenwood). But for those thirty minutes, Jade and David are blissfully happy: making love in front of the fireplace, prancing in a meadow (wasn't that in Twilight?), and making the most of every day Jade has left before she leaves for her internship. Of course, that amount of time isn't enough, and Jade cancels the internship, causing her father to become outraged at her new life choices.

In a failed attempt to get Jade away from David, Hugh takes the family to the lake house. Shortly upon arrival, David appears having been invited by Jade. Here, Hugh apologizes (wait for it) but is later caught by David kissing the neighbor in the garage. Knowing it would kill Jade to hear the truth, David promises silence after being threatened by Hugh on an impromptu boat ride. When David, Jade, Mace, and others decide to sneak into a zoo and get caught by the police, David steps up and takes the rap for the ordeal, causing him to go to jail and giving Hugh the perfect opportunity to put a stop to this sudden relationship. Hugh mentions that this isn't the first time David has been in jail, having beat the man with whom his mother was cheating.

After Hugh returns to the lake house and tells Jade that the relationship is over (showing her his much deserved bloodied face), Jade runs to the car to find David. After an argument about trust, Jade speeds off only to be hit by a car and sent to the hospital. There, Hugh informs David’s father (Robert Patrick: seriously what has he done since T2?) that there is now a fifty feet restraining order against David. With nothing left to do, Jade boards the plane and leaves for Brown.

As months pass, both Jade and David realize they are still in love with each other (“It wasn't over; it still isn't over” anyone?), and when Jade comes home for Christmas, David meets her in the airport, promising love and a trip anywhere she wants to go. Later that night when she tries to sneak out, she is met by her father, who is angry from Jade’s other brother listening to records in Chris’s bedroom. As Jade and David run down the driveway, Hugh realizes a lit candle has been knocked over in the room and rushes in to grab whatever mementos he can of Chris’s life. David runs in to help, Hugh realizes he can save David, they both escape, and Hugh now has a new respect for David. Jade and David land in California, and Jade’s final monologue discusses the power of her first love.

If I were a teenager, I could totally see how this would be considered a successful movie. What young rich girl doesn't want to be wooed by a handsome, rugged young man (or for the rest of us, what average looking, brown haired girl with glasses doesn't want to be told she’s amazing)? Parents, there is no nudity, just the inference of sex. Unlike the book, the father doesn't die but instead realizes how wrong he’s been, which is a more appropriate solution for this age group. Also unlike the book, David doesn't spend any time in a mental institution, and neither Jade nor David lead separate lives. Basically, this movie is absolutely nothing like its predecessors.

Now, as a woman, I do think the relationship is sweet as most first loves tend to be, but that’s about as far as I can go with analysis. There is no depth to any of the characters; in fact, Jade’s mother (Joely Richardson) is so disconnected from reality that I often wondered if she wasn't mentally stuck in her one and only book.  Bruce Greenwood is a believable angry father, but I dare say it wouldn't take much to fill this particular role. Gabriella Wilde is good at playing sweet and innocent, and Alex Pettyfer does a decent job of being a helpless romantic.

Still, I can’t help but think back to my DVD copy of The Notebook and crave the performances of Ryan Gosling and Rachel McAdams who showed us what it felt like to simultaneously yell and kiss in the pouring rain. 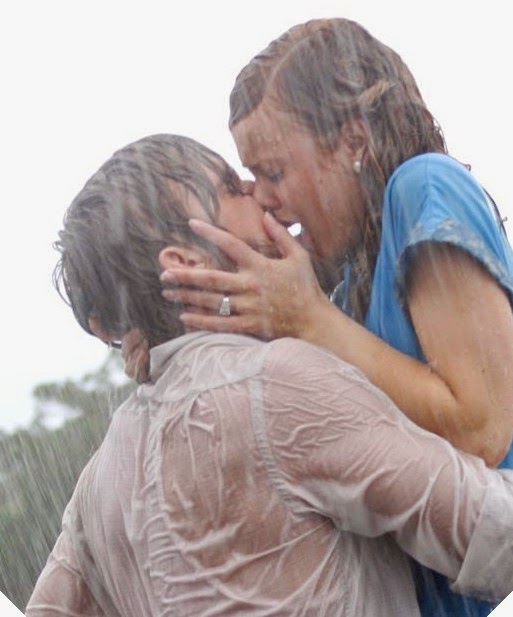