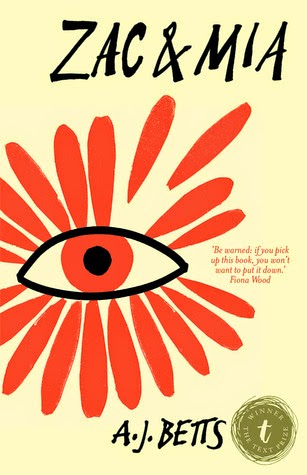 Zac is seventeen years, and he has leukemia. He has been in the hospital for ten months recovering from a bone marrow transplant. His days are filled with watching TV, solving crosswords with his mom, and playing Call of Duty. He’s counting down the days until he leaves the hospital and can be normal again when he hears the new girl in the adjacent room.

Mia is also seventeen and has osteosarcoma in her leg. She is loud and rude, and her mother can barely stand to be in the same room. She plays Lady Gaga way too loud, and it’s enough to make Zac knock on the wall to make her stop. Her quiet tap in return begins the sordid friendship that carries the remainder of the book.

Girl Meets World Pilot: Can it be as good as BMW? 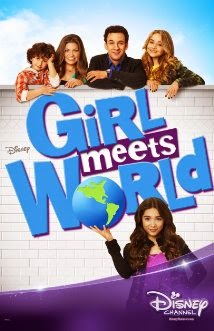 As 90s kids, we grew up being obsessed with Boy Meets World on TGIF. Even in the 2000s, we find ourselves catching reruns on ABC Family and MTV, falling back into the calming nostalgia of Cory Matthews’ world. We’ve seen every episode at least three times, and we miss the characters with whom we fell in love with once upon a time.

But it’s not Cory’s world anymore. Now, Cory (Ben Savage) and Topanga (Danielle Fishel) are all grown up with a daughter, Riley (Rowan Blanchard) and son, Auggie (August Maturo). Cory is a teacher at John Adams Quincy Middle School, and Topanga is a laywer, both having moved to New York City following the finale of Boy Meets World. 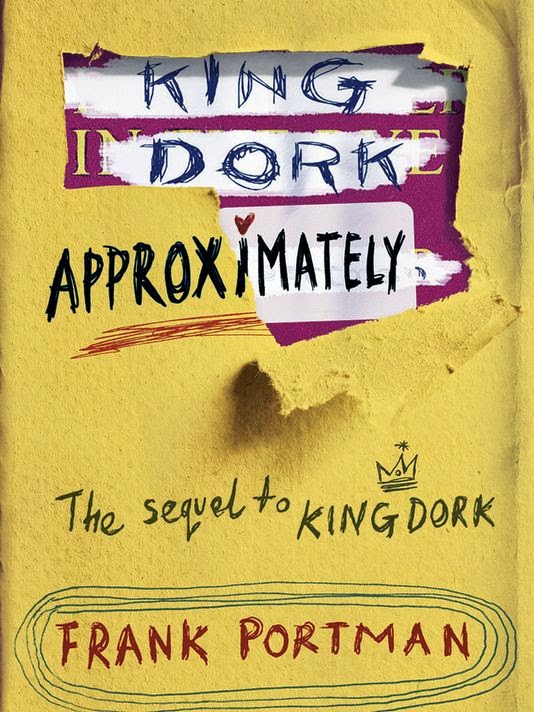 Frank Portman returns with the sequel to King Dork: King Dork, Approximately. Tom Henderson is now in the second half of his sophomore year of high school, recovering from a head surgery after being beaten with a tuba by a group of students (for more explanation on this, you should probably read the first book). He begins his narration by saying, “So, I’m going to just pick up where I left off, if that’s all right with you,” breaking the fourth wall and bringing the reader along for part two of his high school journey.

The book begins during Christmas vacation where he and his best friend Sam Hellerman are practicing their band. I would tell you the band’s name, but it changes every other page. Tom explains that Sam is afraid of Y2K, dating the narration to 1999, though Tom references the present reader and future reader. He finds out that the district is closing their high school, Hillmont High, after everything that happened in the previous book. Tom is being transferred to Clearview while Sam is moving to Mission Hills, and this will be the first time the boys will be separated.

Skink--No Surrender: Hiaasen’s familiar character crosses over into YA 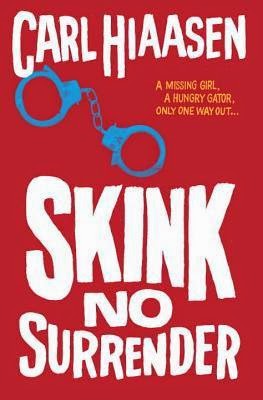 Richard is your average fourteen year old. He lives in Florida and enjoys turtle-watching with his also fourteen-year-old cousin Malley. When Malley fails to show up for the night’s expedition, Richard gets worried and texts her, only to hear that she has apparently been grounded.

Sitting on the beach, Richard gradually hears breathing coming from a straw sticking out of the sand. He pulls the straw out only to have a full grown man pop up. The man who identifies himself as Clint Tyree, also known as “Skink” as Richard finds out later through Wikipedia, is waiting to confront a man who has been stealing and selling turtle eggs on the black market. Skink tells Richard: “Hold my eye” and “plucked the left one out of his face.” So begins the quirky adventure of Skink and Richard. 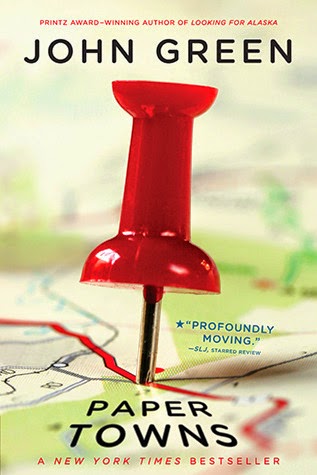 Besides The Fault in our Stars, Paper Towns is the next book of Green’s that reads more like a movie script. And it looks like there is a future film in the works.

Quentin “Q” Jacobsen is a high school student in Orlando, Florida. He is pretty much unknown and ignored, except for the occasional bullying from Chuck, other than that time he and Margo Roth Spiegelman, his neighbor and school mate, found a dead guy in the park when they were nine. Robert Joyner committed suicide out of the depression of his recent divorce. Since then, Margo and Quentin haven’t had much of a relationship as Margo runs in different, higher social circles.

An Abundance of Katherines—A fun road trip of predictability 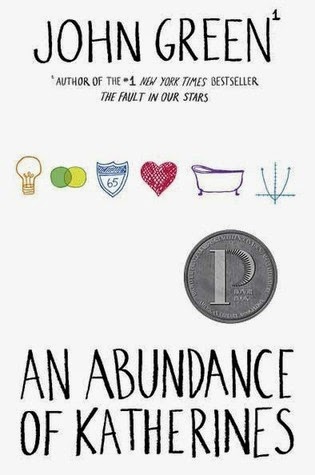 Diverting from the tragedies of The Fault in our Stars and Looking for Alaska, John Green takes his readers on a logic-based, mathematical ride into the relationships of the main character Colin Singleton and the nineteen Katherines with whom he has managed to date and be dumped by.

Colin has just graduated from high school and has also been dumped by Katherine XIX. Not quite ready to head off to college and seriously pining for Katherine XIX, he listens to his best friend Hassan and leaves home for a road trip. Driving from Chicago, they make a stop in Tennessee, and here is where the majority of the novel occurs.

Looking for Alaska--Twist remains a mystery 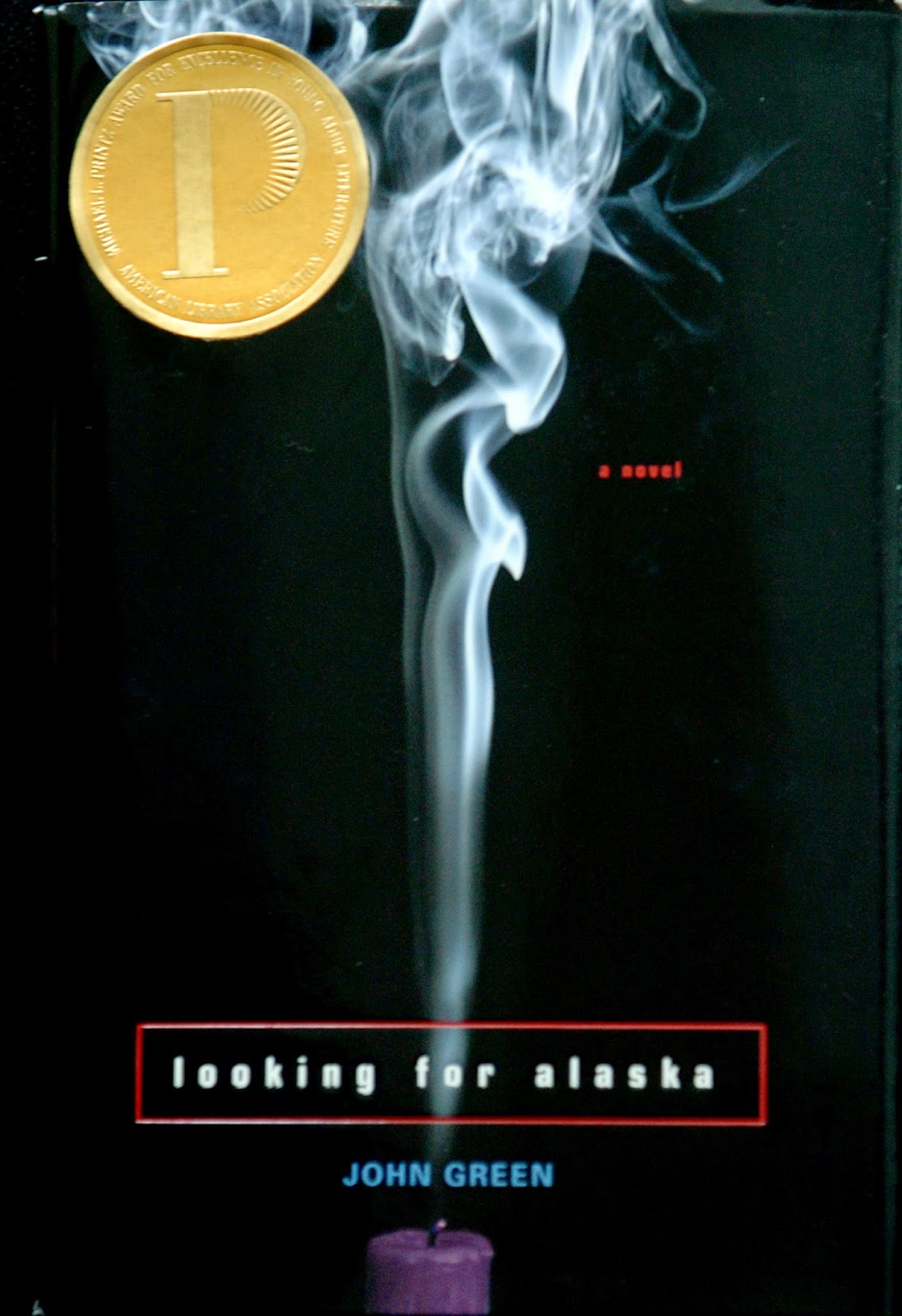 I’m all for twists in movies and books, but the one halfway through John Green’s Looking for Alaska still has me questioning one character’s motivation.

Miles Halter has left his home in Florida to attend Culver Creek Preparatory High School as a junior. While it seems late in his education to switch schools, Miles looks to his talent of memorizing famous last words as the impetus for moving to Alabama, citing Francois Rabelais’s last words “I go to seek the Great Perhaps.”

The Fault in Our Stars--just another love story or something more? 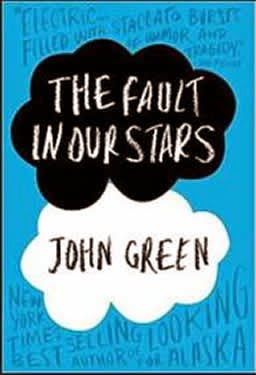 I have to admit-I was a little late jumping aboard the John Green bandwagon. In fact, I tend to wait to read what's "popular" until the chaos settles. So I did with Twilight and Harry Potter, and so I have done with The Fault in our Stars. But, like they say, better late than never, and I'm glad I have bought a round trip ticket to sit on the Green train.

As a high school English teacher, I rarely have time to read for fun during the school year, and summer not only brings a mental break from the stress that is a classroom of sixteen year old students, but it provides a much welcome return to Young Adult fiction. So I began this summer surrounded by TFIOS movie buzz, and like any English teacher, I wanted to read the book first. After seeing the film and quite enjoying it, I must say that the book, as per usual, was better.